in on the act  by erin blackwell

We'll never know what Queen Victoria would have thought of the use to which Randall Wong has put the toy theater we call Victorian. These erstwhile home entertainment center seem so much more fun than modern-daymultimedia outposts, but they're very hands-on and labor-intensive. Thus it was that Wong's Household Opera, which played three nights at the Z Space, deployed several singers, musicians and stagehands to tell the story of a toaster's tragic love for an alarm clock. Perhaps this absurdist whimsy would have been a bit too post-modern for Victoria's taste. The fanatic Mr. Wong, a male soprano who alternately sang, conducted and played the harp, concocted his inanimate love story out of the found texts and melodies of luminaries like Lewis Carroll, Edith Sitwell, Stefan Zweig, Satie, Schubert and Schoenberg. He also hand-decorated the theater's proscenium (three feet by four feet) and took considerable care in creating stage pictures through the use of iridescent cellophane and Christmas tree lights. The amazing thing is just how beautiful they were.Two guys in black (Christian Heppinstall and David Zechman) sat on either side of the stage-within-a-stage and embued the characters with life by wiggling them. Kudos to soprano Judith Nelson and tenor Scott Whitaker, who supplied the voices for such things as he evil eggbeater and a devilish trio of condiments: ketchup, mustard and Pink Fluff, an industrial goo unavailable on the West Coast. Unseen musicians (Paul Hale, Susan Harvey, Todd Manley, Janice Negherbon) produced surreal and lilting sounds from a harpsichord, chamber organ, harmonium, marimba, cello, viola and multiple toy pianos.


What did it all mean? The audience's capacity to dream with its eyes wide open is the single greatest force in theater. Besieged by technologies that leave increasingly little or nothing to the imagination, we tend to forget how infinitely pleasurable are those forms dismissed as archaic. Visionary throwbacks like Randall Wong, with the aesthetic courage to share a bizarre vision, deserve all the encouragement they get.


RECALLING THE AGE OF THE CASTRATI

CARMEL - Randall Wong is an average-looking man.with a round face anda pencil mustache. However, when he opens his mouth,

Monday evening, the Carmel Bach Festival brought male soprano Wong on board for what will likely be the most unusual diversion of this 61st season. "Hommage a Farinelli: The Other Side of the High Baroque'" is probably like nothing the July series has ever presented before, and it certainly solved the problem of what to program on Mondays when music director Bruno Weil and the Festival Orchestra take the night off.

The concert, which will be repeated at the Sunset Center Theater next Monday and Aug. 3, recalled the age (if not; necessarily, the sound) of the legendary castrati of the 18th century and the music they inspired. Joining Wong was festival newcomer Kendra Colton, a Boston-based soprano who offered a sampling of the works Handel composed for his prima donnas. The two also collaborated on a handful of carefully chosen duets. Participating, too, was the Bay Area group known as Music's Recreation, directed by violone specialist John Dornenburg. Seven musicians played this concert; some, like violinist Anthony Martin, were familiar for their work with Philharmonia Baroque Orchestra.


The actual sound of the castrato voice in its prime still remains one of the great conjectures of music. The last surviving artist to undergo the horrible procedure before it was outlawed was Alesssandro Moreschi; he made a few records early in the century, but by then he was very advanced in years and sounded like it. His legacy cannot be accepted as representative. What we can do is to deduce the sound of the castrati through the music composed for them. Wong, a Bay Area resident who rarely performs this repertoire at home, went to the sources. He programmed an aria byRiccardo Broschi, the brother of Carlo Broschi, universally known as Farinelli; and added music from Nicola Porpora's Polifemo, in which FarineIli made his debut.


Repertoire tailored by Handel for Gioacchino Conti (professional: name: Gizziello) and Valeriano Pellegrini was also explored. They include major operas, on the order of Atalanta, Giustino, and Teseo ."The sentiments expressed therein are rather conventional ("I am prepared to die, but to live and not love... 0 God" is typical), yet the music, in its florid way, can be glorious.


Wong was in astonishing form Monday. In Arbace's aria from Broschi's Artaserse, the emission was bright and rounded, the rapid passagework meticulously dispatched and the ascents up the scale clean and vibrant. Later, in "Posso morir" from Handel's Arminio, Wong offered an object lesson in dynamiccontrol, while sustaining an absolutely pure line.  And, while leaping these vocal hurdles, he seemed to relish one challenge after another. We'll never know whetherWong's soprano approximates that of the castrato in volume, but it certainly filled the Sunset Theater Monday.
Colton, who debuted here Sunday, wields a modest, velvety instrument that attains its most eloquent results in reflective music, She traced a filigree line through "Sweet Bird" (from Handel's L'Allegro, il Penseroso ed il Moderato, her voice entwining sublimely with. Louise Carslake's baroque flute obbligato. Elsewhere, on her own, Colton missed ideal projection of the text and a bit of temperament. In the Handel duets with Wong, especially in the rapturous Amarilli-Tirsi exchanges from Atalanta, the singing in unison and thirds approached the inspired. The accompaniments were carefully wrought, responsive to every inflection of the text. On their own, Dornenburg's group performed overtures by Hasse and Handel. Their reading of a Handel Concerto Grosso (Op. 6, No.7) sounded undernourished.
Colton and Wong will participate Friday evening here in what is probably the American premiere of Johann Christian Bach's opera, Endimione.

Randall Wong covered a range of just over three centuries and just over three octaves in his recital for the Mardi Gras on Friday. While the implicit androgyny of a singer described as a male soprano, who moves comfortably from baroque bel canto to baritone cabaret-kitsch, might
seem to be playing up to the cross-dressing outrageousness which the Mardi Gras cultivates, in fact it was Wong's expertise in baroque ornamentation which was most salient here.

In a first half which was devoted largely to the quivering emotionalism and vocal virtuosityof the 17th century, and with sympathetic accompaniment from harpsichordist Paul Dyer and cellist Anthea Cottee, Wong's vocal embellishments were stylish and light without being
over-mannered or ostentatious. The very high notes of his register are the purest both in tone and pitch - and in arias by Monteverdi and Purcell, Wong revealed an intelligent expressiveness.

Wong characterised the different vocal styles parodied in Barbara Strozzi's cantata, L'Astratto, with urbane humour. His agility in Vivaldi's cantata Amor, hai vinto did not have the rapid-fire accuracy of some falsetto singers and was sensitive rather than sensational.

In the second half, Bernstein's 'Glitter and be Gay' was a tour de force of style somewhat parallel to Strozzi's catalogue of 17th century rhetorical devices, and by taking the last high note (a C#?) down in the baritone register, Wong indicated for the first time that he is also
comfortable singing down in the basement with the boys. The cabaret selection in the second half, with aptly deadpan accompaniment from Sally Whitwell, was amusing: Lieber and Stoller's 'Humphrey Bogart,' William Bolcom's' I am a vamp' and Mischa Spoliansky's 'Masculine/feminine' all captured the coy camp without undue exaggeration. 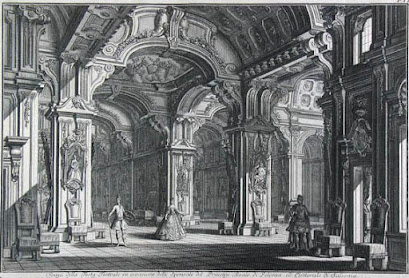 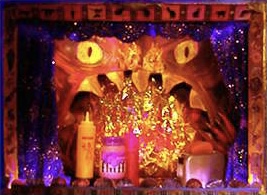